I think this must be draft number 127!
How do you put such a huge personality and vibrancy onto a page? Every attempt has been like a butterfly pinned in a box, dusty and faded in comparison with the real life version. 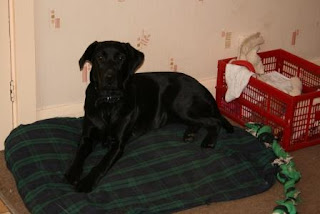 So start with the facts:
One of the hardest (if not the hardest) losses but actually one of the easiest decisions to take, if the final decision can ever be termed easy.
Something happened over the weekend and Hebe's ascites (abdominal fluid build up) was much worse we got an emergency vets appointment on Monday when got the blood results back from the full tests the week before.  They weren't good showing that the disease was degenerative and progressive but the numbers were not disastrous, Laura (vet) had seen much worse.  We came home reasonably hopeful with some new, differently acting, diuretics. Unfortunately they didn't work and we needed to get more protein in her to increase the albumin in her blood to try to stop the plasma leakage.  Then she lost her appetite, the vets were still hopeful and we tried some appetite stimulants and any type of tasty food we could think of.  She didn't want anything even turning her nose up at her all-time favourite tuna. Then on Tuesday night and again on Wednesday morning (yes, it really was only 2 days although it felt a lifetime) her poo was dark and tarry - she was bleeding internally.  Meaning that there really was only one thing left that I could do for her.
Our wonderful vets were fantastic and rearranged everything so Laura could come out.

Which means that:
My Peter Pan of labradors has gone to Neverland.

Named after the goddess of youth Hebe was the perpetual puppy, at nine she had only the lightest sprinkling of grey on her chin, still dark almost blue black coat and the 'pink thing' (tongue) frequently in evidence.  She bounced around until the very end, enthusiastically greeting all visitors with a gift and if permitted once they were seated with an upwards clamber to thrust the proffered gift ever closer or perhaps to clean behind your ears!

She threw herself at the world and expected the world to catch her - usually it did. But on the odd occasion when things didn't quite go as expected she simply bounced right back up, sometimes with an 'oops', and very occasionally a look of embarrassment almost as if to say 'I didn't quite mean that' but either way she just kept on going.
She was 'ever so helpful', always at your side with a helping paw or a encouraging pink-thing (licking tongue, which for some reason was always incredibly wet and quite slimy).
Always ready for an outing be it on wheel or feet, in all weathers; she did manage to sit still to allow a lead to be dropped over her head, although her bottom was more than likely not actually in contact with the floor, just hovering ready to explode off and out of the door.
Like all our dogs she loved Christmas but she was actually incredibly good about the tree and presents, although she did like to check out the parcels with a good sniff it was actually one time when she never stole anything however many times she arrived with piece of lametta or stray piece of tinsel decorating her ear!  When gift-giving arrived she graciously let everyone open their own before grabbing the contents and hurtling off to destroy - sorry properly inspect - whatever was inside before coming back to play in the shredded wrappings.  Assistance with lunch was compulsory and sprouts had to be tested, "one whole one, please" before cooking could proceed and her tea had a bit of leg, a piece of skin, a sausage etc. to be wolfed up with great relish, an annual treat! However, it turns out that she had a liking for Christmas cake as we found out one year - we hadn't quite closed the door and Hebe managed to get into the room where the newly iced cake was setting and consumed around a third! Icing, marzipan and all!! Clever girl ate the back so initially we didn't notice - good job all that dried fruit and alcohol didn't cause any problems... Next year we not only closed but locked the door - that way we could be sure the door was actually closed.

When wrote about Juno (read that one here: http://black-labrador.blogspot.co.uk/2012/07/juno-queen-of-heavens.html)  I wrote: " If I said to all three "Jump off that cliff" (not that you ever would). Hebe would dash to the edge and hurl herself over perhaps even with a "geronimo"." Which summed her up right until the very end.  Although if I'm being honest I would be worried that she might dash over the cliff in her excitement not looking where she was going.  She got a black eye once, charging full tilt looking over her shoulder to talk to Maia and ran straight into a hawthorn thicket! I heard a yelp but she came out OK and we carried on, it was only later when we got home and the eye was closing up that I realised what had happened, a quick trip to the vets and she was declared fine, bruised but otherwise uninjured and very lucky.

Poor Hebes she had a bit of a raw deal, I think she probably came to us to too early, I'm not sure she was fully weaned, we had to split up her and Cara for overnight sleeping until their dawn chorus came to an end which grieved her greatly as she took Cara as her surrogate mum, curling up between Cara's incredibly long legs, using her as a pillow, cavorting around the garden at top speed until Hebe became too fast and too fly doubling back on herself at top speed meaning that Cara was in danger of turning one of those long legs and their race track antics were brought to a premature but safe end.  She lost two wolfhound companions, needing herbal grief counselling after Cara died quite suddenly; Finn and Juno died in a short space of time and she was subdued for a while but ever the eternal optimist she was soon up and about again pleading to go for ever longer walks, chasing, and occasionally catching, rabbits - not really a good habit for a gundog but hey-ho she was unique. She loathed cats and I'm sure given half a chance she'd have caught and eaten one! She was also our rodent-detector-in-chief giving ample warning that there were mice, voles and sometimes rats around, you could tell from her reaction which it was and when her nose was down, stern up and a determination to return to the same spot you knew it was time to get out the rat-traps!
Hebe was a running-mate for Maia when Juno's arthritis got too bad but poor Maia developed sacral nerve damage and Hebe became an only dog for outings until the dynamic duo arrived and then she was so bonkers that I ended up taking them all out separately so she didn't 'infect' them with her nutcase habits.  I'm convinced that she was spayed too soon and that contributed to her never growing up.

The house is so empty, her irrepressible enthusiasm filled every space from the first day she came home her madcap tigger feet bouncing up and down in such joyous abandonment, yelping in delight at the faintest hint of a trip in the car (we never cured her of that one) not that she went anywhere special very often, usually it was just a trip to the supermarket or town and not getting out until we got back home again.  Her naughtiness invaded nearly every facet of life, we no longer need an old flat iron on the pedal bin or a laggy-octopus-leg holding the lid on the outside dustbin; food can left on the worktops without needing to be pushed to very back or protected by crockery, we can leave a piece of cake, a biscuit, a packet of crisps on a low side table; plates go into the dishwasher, and stay dirty until it's switched on, no canine pre-washer any more.   No need to hit mute on the television at the first hint of fireworks.

Her very own blog is full of her exploits and those of her pack (including occasionally her Beans), this will be the final, final post..

Her banana-brain, fruit-loopery kept everyone on their toes and the house is so much quieter, empty and much calmer. There are reminders of everywhere. Not least her seatbelt stuck in the catch on the backseat of the car.

Through it all she was determined, individual, charismatic, understanding and, like all labradors, incredibly loyal and loving.
There is a huge hole in our lives and we miss her every day.
Posted by Kerryn at 17:00